The limits of American power abroad were obvious by the 1970s, when the United States accepted not winning the war in Vietnam. By 1972 President Nixon had eased the tensions with the Soviet Union and China, but this was counterbalanced by the loss of stability in the Middle East. Presidents Ford and Carter continued this foreign policy, expanding the arms agreement and increasing trade with the communist powers. With Ronald Reagan as the new President in the 1980s, the United States provided money and arms to regimes fighting communism. The collapse of the Berlin Wall in 1989 ushered in a time of transition. The Cold War was over and George Bush was elected as President. 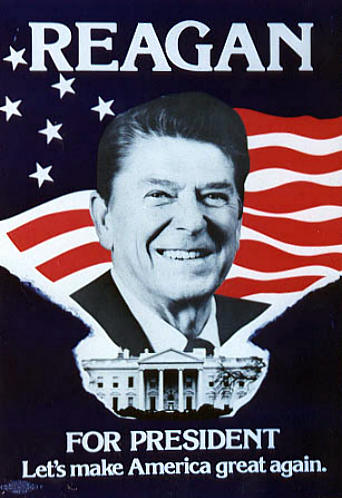