The period of reconstruction, 1863-1877 was the attempt of a war torn nation to heal itself after the end of the Civil War. Civil Rights legislation was passed, but in reality very little was accomplished. The Gilded Age which followed was a period of excesses for a new class of wealthy industrialists. A new political philosophy was born with the dawn of the Progressive Era, when there were political, social and economic reforms, as well as the modernization of many areas of government. The United States emerged as a world power, influencing foreign affairs from Europe to Asia. Our entry into WWI was the biggest foreign committment that the nation had yet made, and 4 million Americans participated in the conflict. 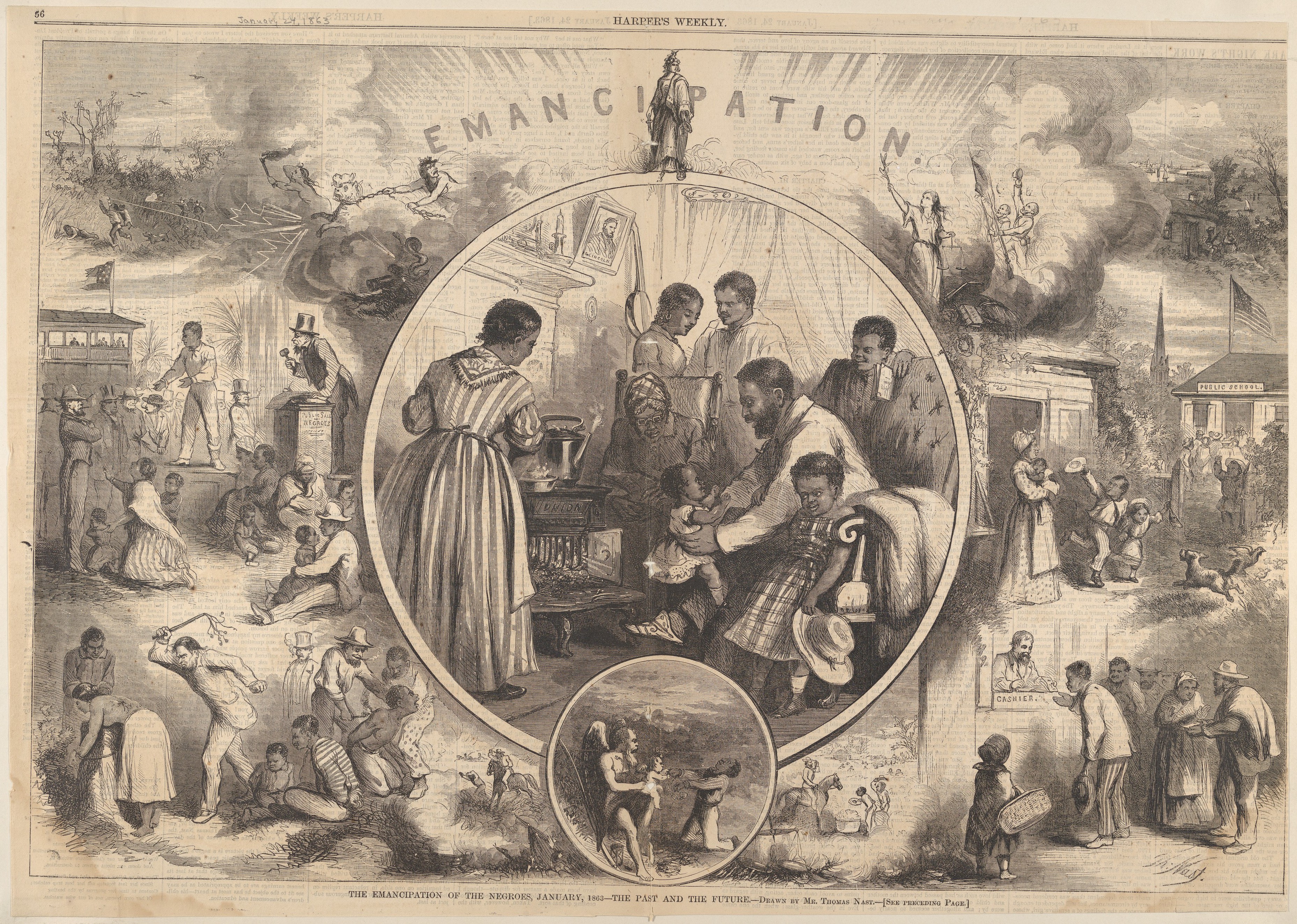 Emancipation of the Negroes – The Past and the Future
(from "Harper's Weekly") January 24, 1863
Thomas Nast
(Metropolitan Museum of Art)