Founded in 1630 by the Puritans, Boston became the political, social and economic hub of New England. It grew quickly and by the 1730s the citizenry became dissatisfied with English rule and the seeds of revolution were planted. After the war, the area again prospered and jobs in manufacturing were filled by the newly arrived Irish immigrants. By the 20th century manufacturing had declined and Boston had to reinvent itself to maintain its leading place in modern America. 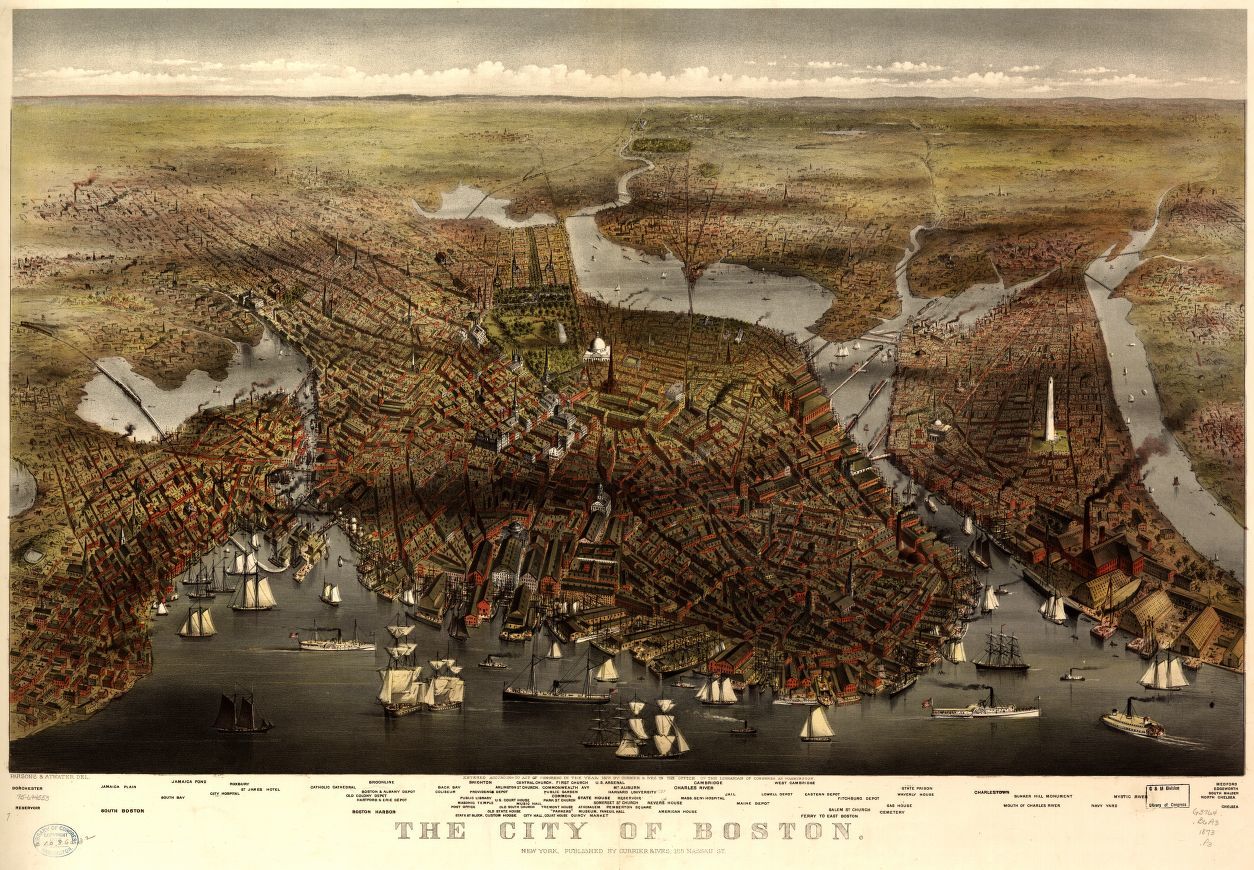 The City of Boston, 1873
Currier & Ives
(Library of Congress)