This "Clarity Project"  has the goal to make the standards easier to read, understand, and apply.

Clarified Statements on Auditing Standards (SASs), issued by the Auditing Standards Board (ASB), are effective for audits ending on or after December 15, 2012, and will replace existing SASs in 2014. Until then, both SASs and clarified SASs are available within AICPA Professional Standards. The clarified standards are current as of June 1, 2012.

About the American Institute of CPAs (AICPA)

Before enactment of the Sarbanes-Oxley Act (SOX),  the AICPA set the auditing standards for public companies (issuers), but that is now the responsibility of the Public Company Accounting Oversight Board (PCAOB).

Use of CCH Accounting Research Manager is limited to Baruch students and faculty.

Helpful Articles About The Clarity Project 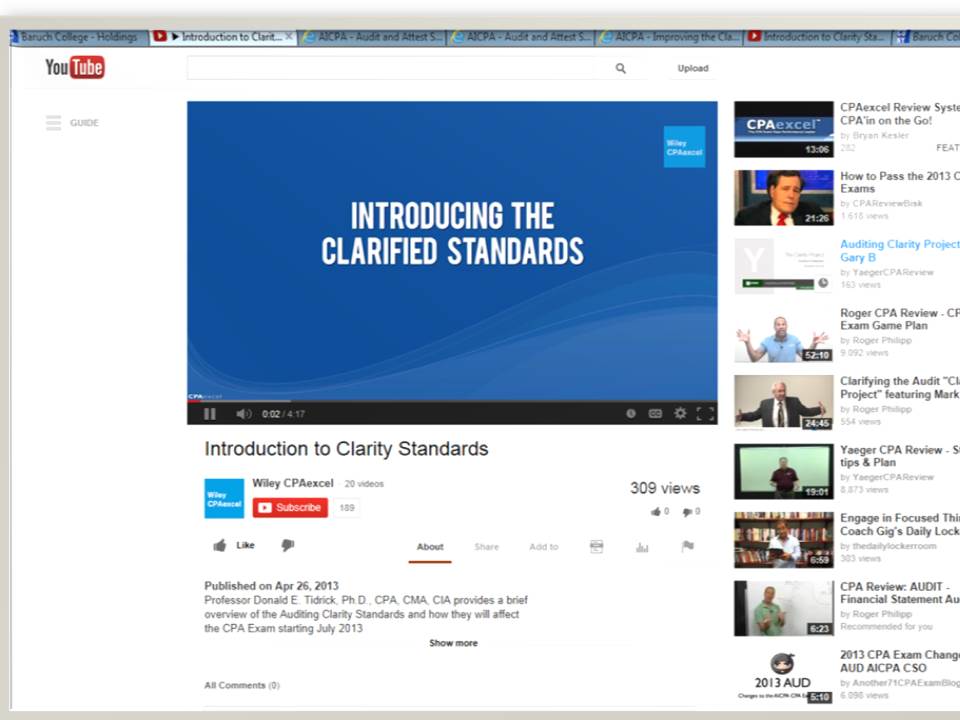