This guide focuses on microeconomic approaches to development economics and how culture, geography and institutions shape the prosperity of nations.

Development economics applies economic theories to improve the general social and economic well being of societies.  One of the theories is that  economic development requires investment--either within the country and/or from foreign sources.

Development economics is a rather new area of economic research.  The self-made  Sir William Arthur Lewis, who was born in St. Lucia in  1915 and died in 1991,  is considered the "father" of this area of research.  In 1955, he wrote the Theory of Economic Growth, which examined poverty in the developing world and trade between wealthy and poor countries.  In 1979 he was awarded the Nobel Prize in economics, the first person of African descent to win a Nobel prize in areas other than literature and peace.  He was the first Black professor of a British university and later the first Black professor at Princeton University.

For their pioneering work, Sir Lewis shared the 1979 Nobel Prize in Economics with Prof. Theodore W. Schultz of the University of Chicago.  Prof. Schultz first studied agricultural economics in the United States before expanding his research to other countries. In his work, Prof. Schultz did not treat the agriculture economy in isolation but as an integral part of the entire economy.

In 2015, Prof. Angus Deaton of Princeton University, was awarded the Nobel Prize in economics for his analysis of consumption, poverty and welfare.  His  research, linking detailed individual choices and aggregrate outcomes, has helped transform the fields of microeconomics, macroeconomics and development economics.

"Facts and correlations, without an understanding of causation, are neither sufficient to guide policy nor to make ethical judgments. Without getting causation right, there is no guarantee that interventions will not be harmful."

"Most people in the world are poor.  If we knew the economics of being poor, we would know much of the economics that really matter."

"Two conditions of self-sustaining growth are that a country has acquired a cadre of domestic entrepreneurs and administrators, and secondly that it has attained an adequate savings and taxable capacity." 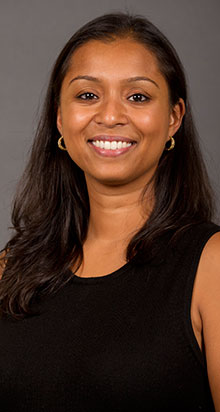 This course was developed by Prof. Anna D'Souza, who also provided many of the recommended resources.

Please contact her if you have any questions about whether a source is appropriate for your required assignments.