We Are All One: Changes in American Society 1865-Present

After the Civil War, American society was changing influenced by the flood of immigrants to our shores and the social movements that swept through the country. This guide helps researchers find key websites on this important topic.

The history of immigration to America is the history of our nation. During the 17th through the early 19th century, only a small number of newcomers ventured to the New World. However, by the 19th century, because of political and economic unrest in Western and Eastern Europe, there were mass migrations to America. The 20th century witnessed strong anti-immigration sentiment and quotas on immigrants were established. It was not until the mid 1960s that these quotas were removed and entry into the United States was based on family relationships and job skills. The 21st century has brought new concerns concerning those who want to reside in this country, and we are once again re-evaluating our immigration policies. 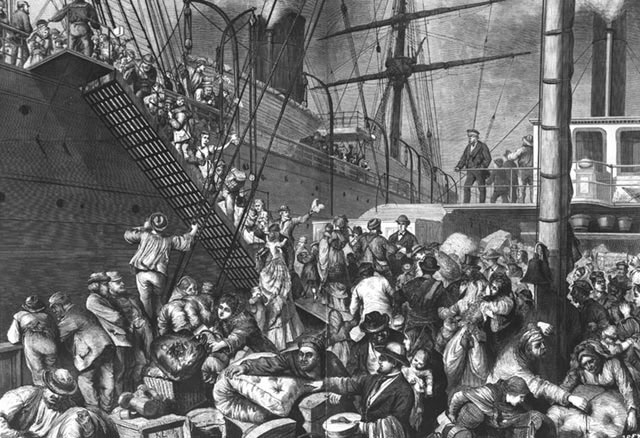 German immigrants boarding a ship for America in the late 19th century, 1874
(Library of Congress)

America as the Melting Pot