Newman Library resources relating to philanthropic getting and giving and the roles and functions of philanthropy in the United States and the world. 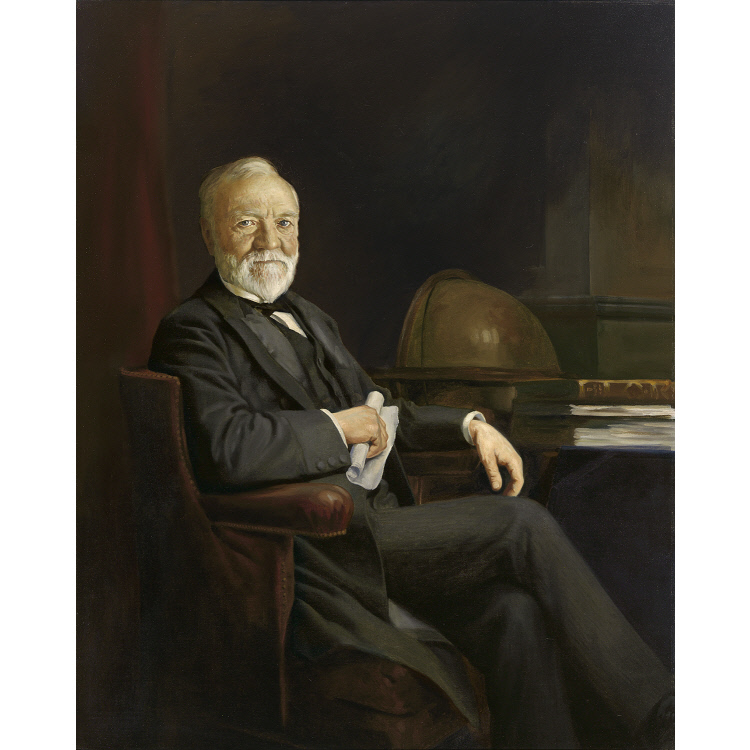 "The problem of our age is the proper administration of wealth so that the ties of brotherhood may still bind together the rich and poor in harmonious relationship,"

So begins Andrew Carnegie's 1889 "Wealth" article published in The North American Review.  Later, in the same year and same journal, he offers his thoughts on "The Best Fields for Philanthropy."  These articles, and his 1920 autobiography, are still widely read today by those studying philanthropy.  They, and other resources on past and current philanthropists, and the role of philanthropy, are available through The William and Anita Newman Library.

Building America's system of free public libraries of print resources was an early effort of Carnegie's. He also made many contributions towards universities and colleges and peace and security.

Today, Baruch College's students and faculty are among the many U.S. and international recipients of grants from The Carnegie Corporation of New York,  which began in 1911.

Among recent grants, two have been used to preserve the archives of the Bureau of Municipal Research and Institute of Public Administration and for the digitalization of this archive and the Luther H. Gulick III papers.  Housed in the Baruch College archives in the Newman Library, these historic resources are now easily available to interested Marxe School students, faculty and other researchers.  Special assistance is available through appointments with the Archives.

Welcome and About This Guide

This guide is designed to help PAF 9157 students learn more about the library's resources relating to philanthropy.

I serve as the Newman Library's liaison to the Marxe School of Public and International Affairs.

If there is anything that I can help you with you, please contact me by email.

Best wishes for a successful course learning about philanthropy.

Use your Baruch Username and password to connect to library databases while off campus.

Contact the BCTC Help Desk if you have username/password issues.

This research guide was created by Prof. Rita Ormsby, a librarian at Baruch College who retired in 2021.