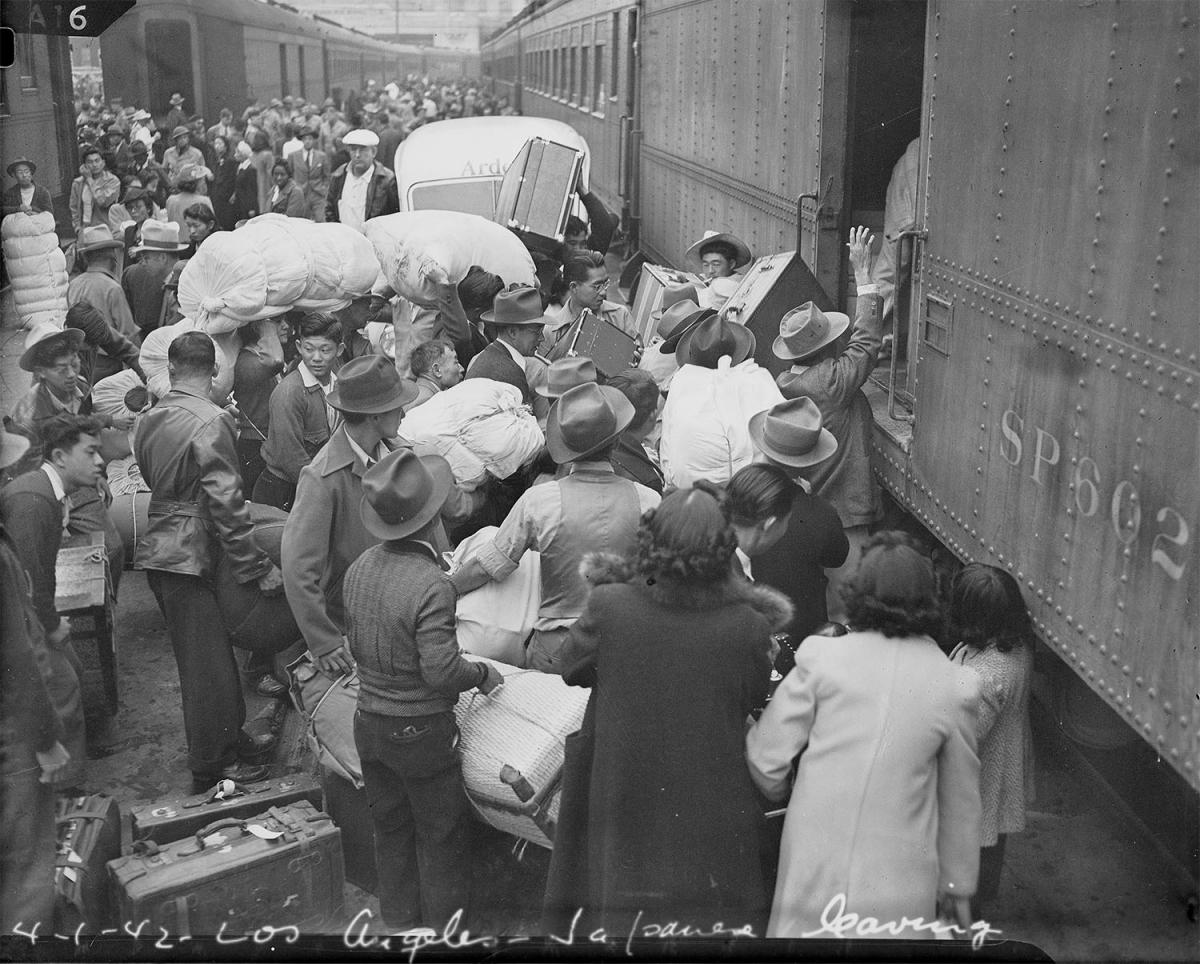 Two months after the  Japanese bombing of Pearl Harbor, Hawaii in December 1941, President Franklin D. Roosevelt issued Executive Order 9066, which called for the removal of Americans of Japanese ancestry from western states to inland internment camps.  Listed below are some resources on this topic.

Among those who disagreed with the restrictions placed on them, which resulted in U.S. Supreme Court decisions:

Redress of a Wrong

In the years following the end of the World War II, Japanese Americans sought redress for their losses. After conducting hearings, In 1988, Congress passed the Civil Liberties Act, which provided survivors of the camps $20,000 each, and President Reagan said it righted a grave wrong.